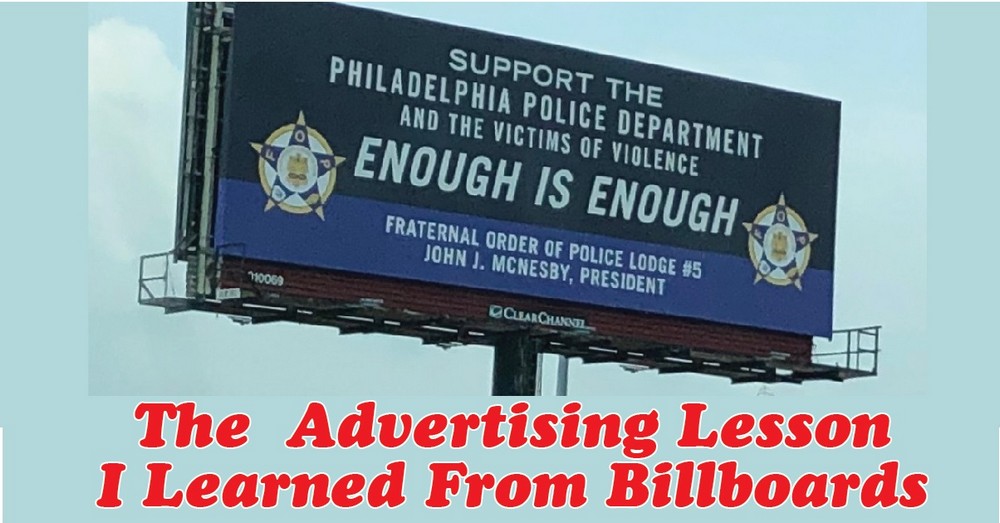 One of the great things to do in advertising is tell a story. I've seen videos that keep going and going with no end in site. I've seen direct mail pieces with long stories about the product. These all have their place and are often effective. But many years ago I looked at some billboards and I realized that sometimes less is more.

I was driving on a long onramp for a bridge. There were many billboards. The first one I saw was for a local chain of restaurants. On that billboard were about five locations, along with addresses and phone numbers. I realized no one would have time to safely drive and read all that content, and certainly no to write down an address.

As I drove on I looked at the billboads for many national companies. Each had the logo and/or company name, plus only five to eight words. That was it.

I then realized that in some instances, it's a good idea to keep it short and simple. This would go for envelope teasers, email subject lines, headlines on brochures, etc.